The Society of American bestowed her with the rare and best and highest award the Presidential Citation for her unique contributions to the art of magic.

Dietrich Highlighted in Women In American History by Pat Lamphier

It tells of historic magic done by the magician-entertainer often called "the world's leading female magician," "the first lady of magic," and "Female Houdini" (tm). Many of the things she has done are unprecedented in the history of magic. She has paved the way for future female magicians in the magic and escape field. The leading female magician in the world. Columbia Encyclopedia (Columbia University Press) calls her "one of the most noted magicians of the late 20th Century." She often does shows at Scranton's Harry Houdini Museum & Show that she has founded. She also presides over the Famous Harry Houdini Seances held each Halloween, and is keeper of the Houdini grave site witht he sanction of the family of Houdini and the management of the cemetery. She recently replaced Houdini's bust, destroyed by vandals 38 years ago, at his grave site.

She has starred on an HBO Special with Tony Curtis, on Mysteries At The Museum, Magic Road Trip, Monel Williams, You Asked For It, etc. Her appearnces include a Bill Cosby Special, The Robert Klein Show, Just For The Record, The Best Of Everything, Evening Magazine, Man and His Mysteries, etc. Isla Fisher, star of the action thriller, "Now You See Me" used Dorothy's carreer and work as inspiration for her role in the hit movie. 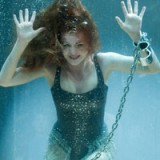 Dorothy Dietrich, one of the best known woman magicians in the world, is on the Board of Directors of the Harry Houdini Museum. An feature story in the New York Times said "she essentially is a magician - on the strength of her televised stunts, could claim preeminence to Houdini, the first woman to saw a man in half, the first woman to catch a bullet in her mouth"

She also helped found New York City's Magic Towne House, a world famous magic show spot and magicians meeting place for some 13 years and was an editor of Hocus Pocus Magic Magazine for three years, before moving to Scranton in the Pocono region of Pennsylvania.