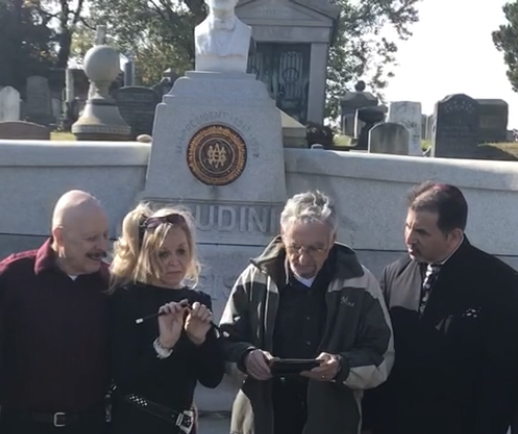 The first broken wand ceremony was held in 1926, after the death of Harry Houdini.
The Society of American Magicians continues to hold an annual ceremony at Houdini's gravesite in Machpelah Cemetery on the Jewish Anniversary of his death.

The broken wand ceremony is a ritual performed at the funeral of a magician, in which a wand -
either the wand which the magician used in performances,
or a ceremonial one-is broken, indicating that with the magician's death, the wand has lost its magic.
It continues yearly, originally done for the death of Harry Houdini in 1926.
The symbolism is that without the magician, the wand no longer has the magic and so it is broken.
It is now replicated when any magician dies anywhere in the world, and at his or his families request. 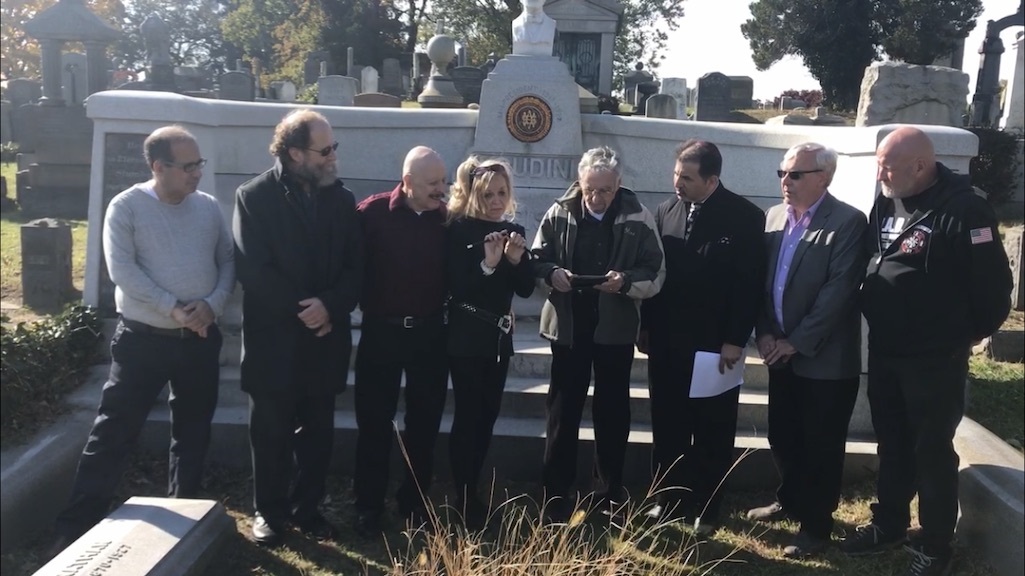